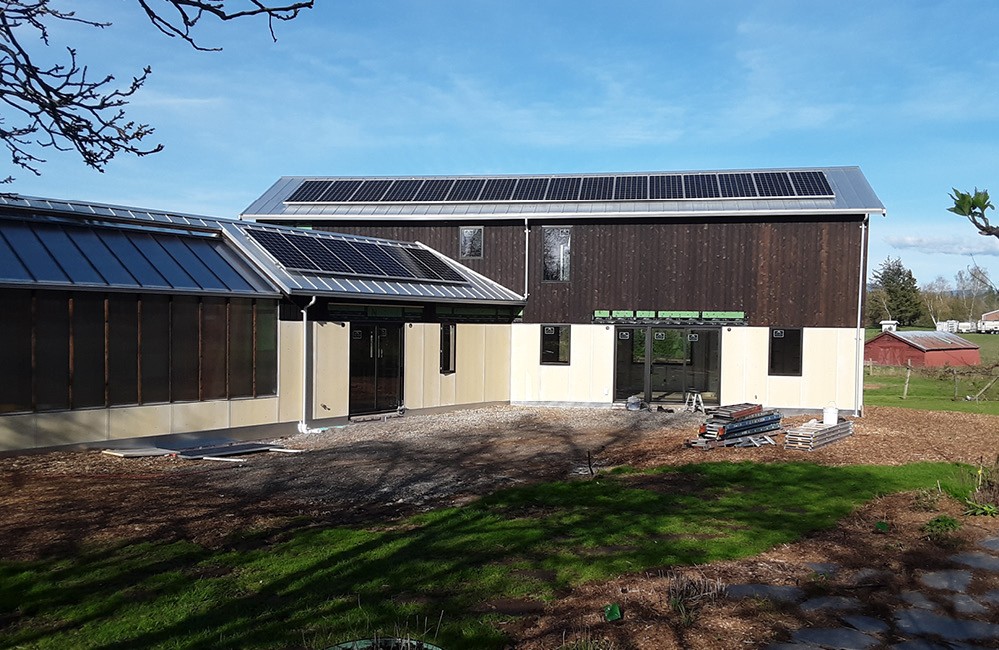 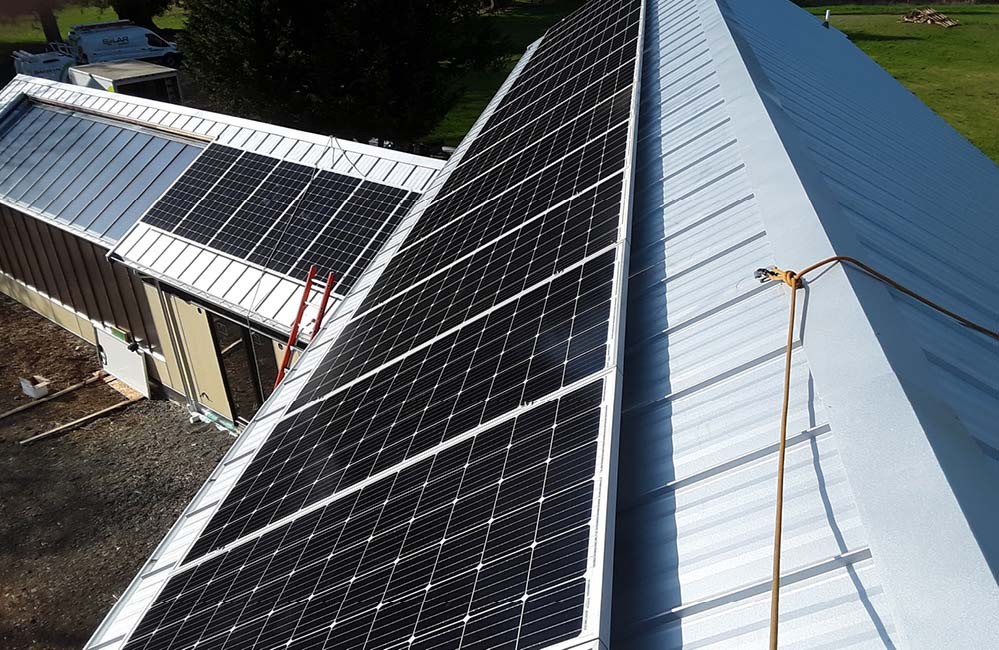 A Solar by Barron Case Study

Many new construction homes of today are quick-builds for sake of speed and demand. All of the necessary elements and quality construction may be there, but true Building Science is often overlooked. So when a special project comes along that looks to set the energy-smart bar a little higher, our Solar by Barron Team can't help but get excited.A unique, efficient custom home was recently built in Everson, WA by one local homeowner. Boasting many characteristics of a Passive House, the home follows many rigorous standards to reduce its ecological footprint. Working from the ground up, the home's foundation was insulated to reduce heat loss and was built with 24" center studs rather than the standard 16" for further insulation. Advanced weatherized sheathing was also utilized, reducing overall air leakage - to the extent of needing an advanced ventilation system because the home was so air-tight.

Pivoting to energy production was the next step in this energy-savvy project. With a background in solar panel manufacturing, the homeowner was very educated in the solar field, to say the least. He sought out a knowledgeable and reputable design and installation team to execute the project, and confidently entrusted the job to Solar by Barron.

The Solar by Barron Team developed an efficient plan and moved forward with the installation of the system. Guaranteed for 25 years, solar panels were installed on the home's 50-year metal roof, which equally touts longevity. Module-level microinverters were also utilized by the system. These small inverters allow the homeowner to monitor each individual panel's electricity production, rather than the system as a whole. This precise monitoring is ideal for the home's roofline to limit the effect of any shade on the roof.

From expertly planned construction to a state-of-the-art solar system, this Everson home is making a statement in the energy-saving market. The homeowner's energy usage is anticipated to be completely offset by solar production, proving just how beneficial a well-designed system can be. The Solar by Barron Team is proud to have been involved in such a special project and in bringing this homeowner's dream to reality.

Proudly Serving the I-5 corridor from Blaine to Marysville, Oak Harbor to Concrete, and the San Juan Islands